Tea and coffee are two of the world’s most popular drinks. Some people can’t imagine starting their morning without a hot cup of coffee. On the other hand, some tea drinkers can have 6 or 7 cups per day. Whichever you prefer – or even if you don’t like either of them – this article will teach you some English expressions related to tea and coffee. They are really useful! 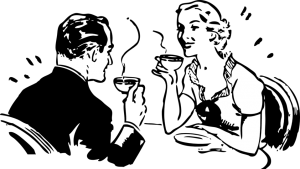 People drink coffee to feel more energized. For some, it’s the first thing in the morning that wakes them up. Or perhaps after lunch when you get a bit sleepy, you might want something to keep you going. That’s probably where we get the idiom “Wake up and smell the coffee!” from. It’s an informal way to say that someone is not being realistic or doesn’t want to see what is really happening.

Maybe because it is the typical place to have a coffee at home, a small and low table placed in the middle of the living room (usually in front of the sofa) is called a coffee table. It doesn’t matter if you never use it for that purpose – that’s the English name for it! Exactly the same happens with coffee-table books. Do you know what we’re talking about? They are normally expensive illustrated books that people have at home for casual reading or even to entertain visitors.

Let’s look now at what kind of expressions we use with the word “tea”. One of the most popular is the idiom “it’s not my cup of tea”. If you don’t like something, for example dancing, you can always say it’s not my cup of tea, meaning dancing is not your favourite activity or you are not a good dancer.

Some British people, depending on which region they are from, use the word ‘tea’ as a synonym for ‘dinner’. So if you come to study English with Cavendish School of English and your host family says “it’s tea time!” they really want to let you know that it’s time to eat dinner! 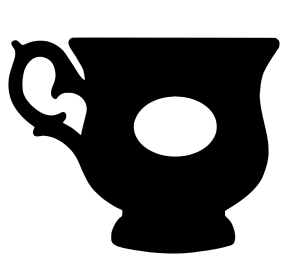 Speaking about dinner, in the kitchen you can always find a tea towel. Don’t you know what it is? It’s a piece of thick absorbent cloth or paper used for drying things like plates, knives and forks. Why ‘tea’ and not ‘coffee’ towel? That’s something that we don’t know!

To finish, if you say that a situation is a storm in a teacup, you mean people are very upset or annoyed about something that isn’t at all important and will soon be forgotten. Everyone has, at some time, got really worked up about a trivial matter. So if you see someone getting frustrated, you can always say “In my opinion, the whole thing is just a storm in a teacup”.

Now it’s time to practise these expressions! Try to use them as much as you can in the proper context. It will help you to express yourself better. Do you fancy a cup of tea or coffee?

This website uses cookies to improve your experience while you navigate through the website. Out of these cookies, the cookies that are categorized as necessary are stored on your browser as they are essential for the working of basic functionalities of the website. We also use third-party cookies that help us analyze and understand how you use this website. These cookies will be stored in your browser only with your consent. You also have the option to opt-out of these cookies. But opting out of some of these cookies may have an effect on your browsing experience.
Necessary Always Enabled
Necessary cookies are absolutely essential for the website to function properly. This category only includes cookies that ensures basic functionalities and security features of the website. These cookies do not store any personal information.
Non-necessary
Any cookies that may not be particularly necessary for the website to function and is used specifically to collect user personal data via analytics, ads, other embedded contents are termed as non-necessary cookies. It is mandatory to procure user consent prior to running these cookies on your website.
SAVE & ACCEPT